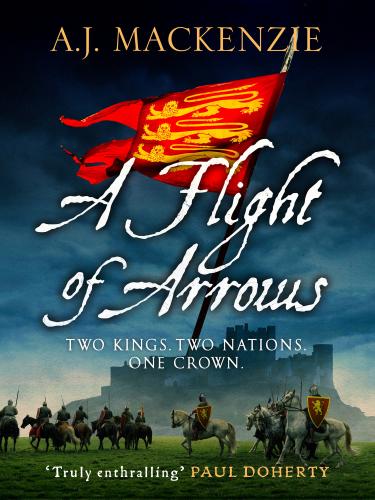 Description:
Two kings. Two nations. One crown. The start of an epic historical espionage series by master authors A.J. Mackenzie.
1328. After years of civil unrest between England and France, Charles IV dies, leaving no apparent heir. His closest heir to the throne is Edward III of England, but it passes instead to Charles’ cousin, Phillip, spurring both countries on to war.
1346. Landing at Normandy, Edward’s immense army makes inroads into French territory, burning everything in their path. But the mysterious assassination of an English knight reveals a terrible truth: there is a traitor in their midst. The king charges Simon Merrivale, the Prince of Wales‘ herald, with solving the case.
As the army marches on towards its destiny, at the awesome scenes of the Battle of Crécy, Simon will uncover a conspiracy that goes to the heart of the warring nations. Among the ashes and the rubble, their fate will be decided: on the battlefield……