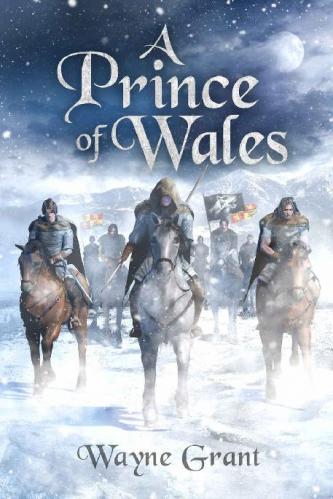 Description:
With King Richard’s return from captivity and Prince John’s exile, a weary peace settles on England after years of civil war. But across the border in Wales, the vicious struggle to decide who shall rule Gwynedd still rages.

To tip the balance, the rebel Prince, Llywelyn, calls in an old debt from the Earl of Chester. The Prince saved the Earl’s life and helped him take back his city. Now, he wants Sir Roland Inness and the Invalid Company to help him take back his country.

The Saga of Roland Inness series begins with this tale of a fourteen-year-old boy who has extraordinary skill with a longbow. It is a story of courage, loyalty, honor and treachery. Most of all, it is a story of high adventure set in a time so filled with drama it has spawned legends that fascinate people to this day. It is the time of Richard the Lionheart, Robin Hood, Eleanor of Aquitaine and William Marshall, legendary figures all–some real and some fictional.

The first four books in the saga-Longbow, Warbow, The Broken Realm and The Ransomed Crown tell the coming-of-age story of the young archer. A Prince of Wales, the fifth in the series, follows Roland Inness as he leads the legendary Invalid Company into Wales to help Llywelyn the Great win a throne. The sixth book in the series, Declan O’Duinne, takes Roland and Declan to Ireland, where they are plunged into a new Norman conquest. The seventh and final book in the Saga, A Question of Honour was published in October, 2019.

If you would like to know more about the author or get updates on new books, visit his webpage at www.waynegrantbooks.com or the Longbow Facebook page, www.facebook.com/Longbowbooks/ .