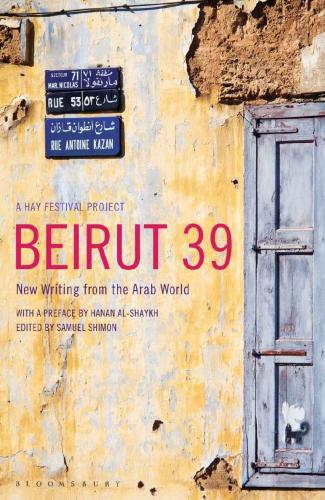 Description:
Beirut is the 2009 World Book Capital, as designated by UNESCO, and at the center of the festivities, in collaboration with the world-renowned Hay Festival, is a competition to identify the thirty-nine most promising young talents in Arab literature. The selection of the "Beirut 39" follows the success of a similar competition in the 2007 World Book Capital, Bogotá, celebrating achievements in Latin American literature.

This year, for the first time, the winners-nominated by publishers, literary critics, and readers across the Arab world and internationally, and selected by a panel of eminent Arab writers, academics, and journalists-will be published together in a one-of-a-kind anthology. Edited by Samuel Shimon of Banipal magazine, the collection will be published simultaneously in Arabic and English throughout the world by Bloomsbury and Bloomsbury Qatar Foundation Publishing.

Beirut 39 provides an important look at the Arab-speaking world today, through the eyes of thirty-nine of its brightest young literary stars.