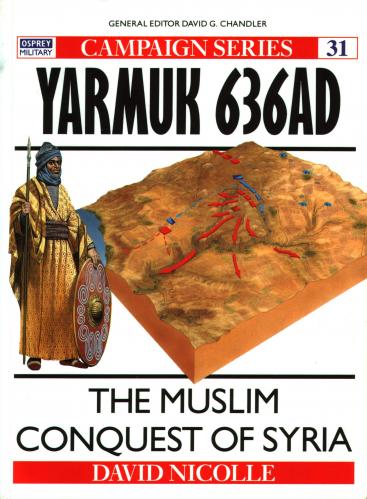 Description:
Osprey’s Campaign title for one of the battles in which Muslims attempted to overtake Syria. In 636 AD, after protracted skirmishing and minor engagements the Arab and Byzantine armies faced each other on the banks of the Yarmuk river. The Byzantines were initially successful, driving back the Arab right wing. Finally, though, the Arab counter-attacks broke the Byzantine lines and the subsequent pursuit became a rout. The awful fate of the fleeing Byzantine soldiers was remembered for several generations until it was recorded in early Islamic histories. David Nicolle not only looks at the battle itself but also the whole decisive Arab campaign – from the Muslim invasion of 633/4 to the fall of Byzantine Syria.