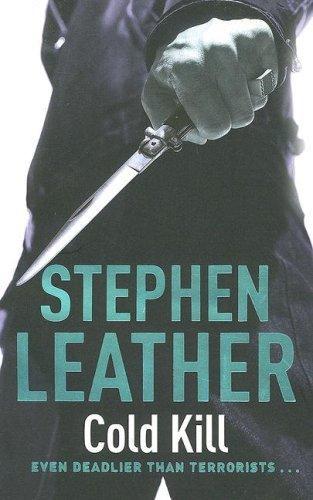 Review
‘There’s a new breed of British crime writer giving the genre a much-needed shake-up – and Stephen Leather is at the forefront … the sheer impetus of his storytelling is damned hard to resist.’ — Daily Express

Product Description
"_While investigating a crew of people-traffickers.Dan Shepherd discovers a cross-Channel currency-smuggling operation. Posing as a low-level criminal, Shepherd infiltrates the gang, befriending its London soldiers and establishing contact with the Albanian gangster who masterminds the business from his swank Paris flat. As Shepherd soon discovers, currency-smuggling isn’t the only business these guys dabble in. With the help of a government contact, they’ve been churning out fake British passports, a scam that eventually finds Shepherd surrounded by Semtex and racing to foil a terrorist plot.The story builds to a boil as Shepherd, piecing together the terrorists’ plans as he goes, lands aboard a Paris-bound Eurostar train with four suicide bombers as his fellow passengers. It’s a grand finale that’ll have readers on edge. Nicely, and seemingly effortlessly, done_."  -Kirkus Reviews (Starred Review)