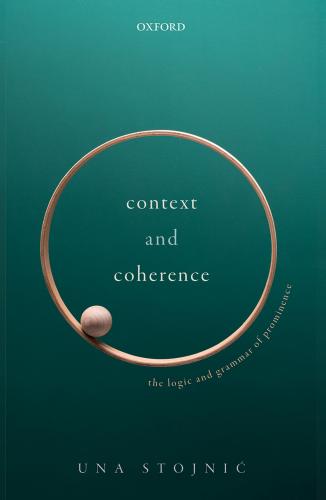 Description:
Natural languages are riddled with context-sensitivity. One and the same string of words can express many different meanings on occasion of use, and yet we understand one another effortlessly, on the fly. How do we do so? What fixes the meaning of context-sensitive expressions, and how are we able to recover the meaning so effortlessly?

This book offers a novel response: we can do so because we draw on a broad array of subtle linguistic conventions that determine the interpretation of context-sensitive items. Contrary to the dominant tradition, which maintains that the meaning of context-sensitive language is underspecified by grammar and that interpretation relies on non-linguistic cues and speakers’ intentions, this book argues that meaning is determined entirely by discourse conventions, rules of language that have largely
been missed and the effects of which have been mistaken for extra-linguistic effects of an utterance situation on meaning. The linguistic account of context developed here sheds a new light on the nature of linguistic content and the interaction between content and context. At the same time, it
provides a novel model of context that should constrain and help evaluate debates across many subfields of philosophy where appeal to context has been common, often leading to surprising conclusions such as epistemology, ethics, value theory, metaphysics, metaethics, and logic.