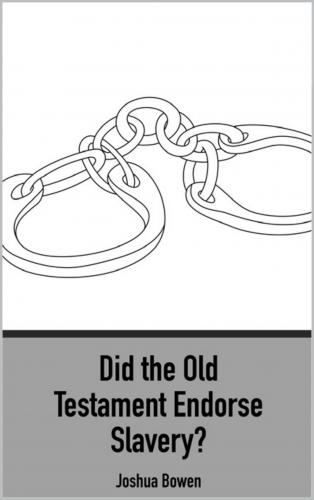 Description:
The God of the Old Testament commanded and endorsed many practices that we find morally reprehensible today. High on the list was the institution of slavery, which features prominently in several sections of the Hebrew Bible. Fathers could sell their daughters into slavery, masters could beat their slaves, creditors could carry off children for failure to repay a debt, and foreigners could be kept for life, passed down as inherited property. How are we to make sense of all of this from our modern point of view?

Atheists and skeptics will often say that the God of the Old Testament was a moral monster for endorsing such atrocities. Christians will often respond that the slavery in the Hebrew Bible wasn’t as bad as we think, and was more like having a job or owning a credit card. While both sides of this debate are sincere in their positions, neither are ultimately correct. Our conclusions must derive from a thorough understanding of both the Old Testament and ancient Near Eastern contexts.