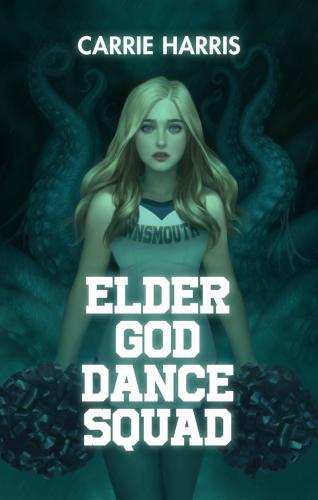 Description:
When the escapades of Audrey Labadie’s cheating boyfriend take center stage during a show rehearsal, she up and leaves her beloved theater group to avoid the humiliation. Finding refuge in her high school’s dance squad, she believes the drama is behind her. Until the earthquake.
Audrey’s dreams become plagued with creepy tentacle creatures crawling out of a sinkhole underneath her school in the aftermath of the seemingly unnatural natural disaster. Dreams that soon become a horrific reality for her and her new teammates.
Faced with an ancient evil intent on taking over their small town, Audrey and her ragtag group of friends are the only ones dancing in their way. Every dance squad has its rivals, but she didn’t expect them to have gills.
Elder God Dance Squad is a perfect literary storm where Stranger Things and Bring It On collide into a dark and hilarious genre mash-up of epic proportion.