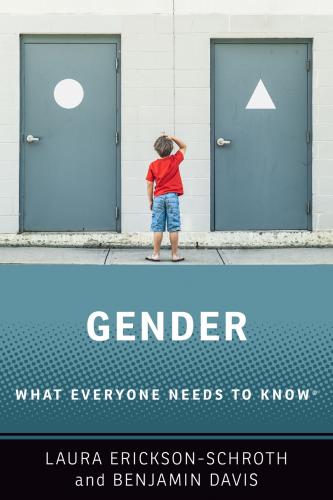 Description:
The term "gender" was first distinguished from "sex" in the 1950s when psychologists began to discuss the idea of "gender roles," behaviors and responsibilities given to people by a society rather than flowing from their biology. Since then, leaders across disciplines have sought to better understand the roles of biology, psychology, and culture on gender. New language has emerged alongside rich scientific inquiry and research. Increased visibility of transgender and nonbinary communities has brought awareness to a range of gender diverse experiences, while legal battles, wage disparities, and health inequities continue to prove gender’s relevancy in today’s world. In this book, Laura Erickson-Schroth and Benjamin Davis guide readers through the knowns and unknowns of gender, asking questions such as: What is the difference between sex, gender identity, and gender expression? Were ancient societies matriarchal? How different are male and female brains, really? What role does language play in the ways we think about gender? What do we know about sex and gender in non-human species? What are the current frontiers in gender equality?

Gender: What Everyone Needs to Know® is an easy-to-read guide that takes readers on a much-needed tour of perspectives on gender and identity in the 21st century. The book is written in a question-and-answer format, and Erickson-Schroth and Davis cover topics such as current definitions; the history of gender as concept; theÂrole of biology, psychology, and culture on gender; and gender norms over time and across the globe.