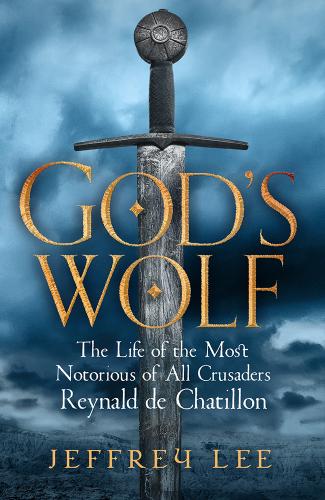 General:
Name: God’s Wolf The Life Of The Most Notorious Of All Crusaders By Jeffrey Lee
Format: epub
Size: 4.34 MB

In a 2010 terrorist plot, Al-Qaeda hid a bomb in a FedEx shipment addressed to a man who had been dead for 800 years.

Born in twelfth-century France and bred for violence, Reynald de Chatillon was a young knight who joined the Second Crusade and rose through the ranks to become the preeminent figure in the crusader Kingdom of Jerusalem, chief foe of the Muslim leader Saladin, and one of the most reviled characters in Islamic history. In the West, Reynald has long been considered a minor player in the crusading saga, and is often dismissed as a bloodthirsty maniac who brought disaster on his fellow crusaders. However, by using contemporary documents and original research, Jeffrey Lee overturns this popular perception and questions other prejudices about the crusades that underlie modern misunderstandings of the Middle East.

God’s Wolf shows how the crusader kingdom was brought down by a treacherous internal faction, rather than by Reynald’s belligerence. In fact, despite Reynald’s brutality, Lee argues that he was a strong military leader and an effective statesman, whose actions in the Middle East had a far-reaching impact that endures to this day.

An epic saga set in the midst of a violent clash of civilizations, God’s Wolf is the fascinating story of an exceptional crusader and a provocative reinterpretation of the crusading era.