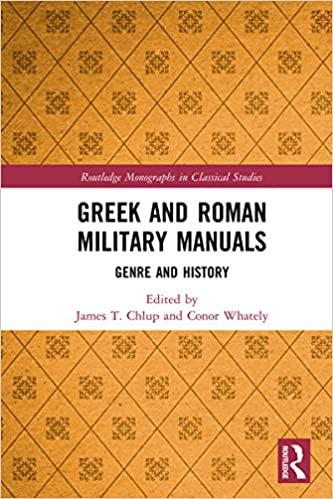 Description:
This volume explores the enigmatic primary source known as the ancient military manual. In particular, the volume explores the extent to which these diverse texts constitute a genre (sometimes unsatisfactorily classified as ‘technical literature’), and the degree to which they reflect the practice of warfare. With contributions from a diverse group of scholars, the chapters examine military manuals from early Archaic Greece to the Byzantine period, covering a wide range of topics including readership, siege warfare, mercenaries, defeat, textual history, and religion. Coverage includes most of the major contemporary siege manual writers, including Xenophon, Frontinus, Vegetius, and Maurice. Close examination of these texts serve to reveal the complex ways in which ancient Greeks, Romans, and Byzantines sought to understand better, and impose order upon, the seemingly irrational phenomenon known as war. Providing insight into the multifaceted collection of texts that constituted military manuals, this volume is a key resource for students and scholars of warfare and military literature in the classical and Byzantine periods.