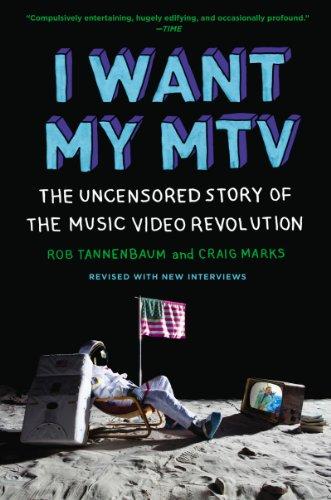 Description:
The first-ever history of MTV’s first decade.
In the beginning, nobody thought it would survive. Record labels were skeptical and cable operators were dismissive-perhaps rightfully so. MTV had an inventory of just one hundred clips, most by fringe British and Australian bands. The channel was available in only a few cities and towns. On the night the network launched, staffers celebrated at a bar in New Jersey because no Manhattan cable operator carried MTV.
When MTV debuted in 1981, its slogan was You’ll never look at music the same way again.” But MTV’s influence went beyond music-it soon changed network and cable television, radio, sports, film, fashion, teen sexuality, and even politics.
Highly respected music journalist Craig Marks and Rob Tannenbaum have assembled an unprecedented collection of stories from the early days of MTV, straight from the mouths of those who were part of the video revolution. I Want My MTV focuses on the network’s first…