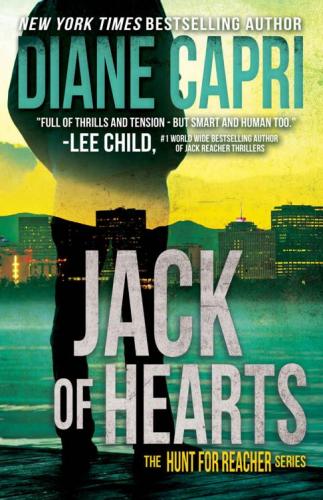 Description:
The next gripping Hunt for Jack Reacher Thriller from Diane Capri!

Some things are worth dying for.

Rescuing innocents is one of them.

FBI Special Agent Kim Otto won’t believe Reacher’s dead until she sees his body for herself.

Which she hasn’t. Yet.

But if Reacher’s not dead, where is he?

Seven years ago, in Lee Child’s Worth Dying For, Reacher rescued Eleanor Duncan and saved sixteen Thai women from fates much worse than death. Eleanor’s tormenters were controlled by a powerful mob boss with a long memory. He wants his property back and will stop at nothing to get it.

Now Reacher comes back to save Eleanor Duncan from the mob’s terrible vengeance. With innocent lives at stake, Otto and Burke risk their lives to pick up Reacher’s trail and race to Las Vegas for an explosive final showdown.

Because some things are worth living for.

"Full of thrills and tension, but smart and human, too. Kim Otto is a great, great character – I love her." Lee Child, #1 World Wide Bestselling Author of Jack Reacher Thrillers including Worth Dying For and The Sentinel.

"Diane writes like the maestro of the jigsaw puzzle. Sit back in your favorite easy chair, pour a glass of crisp white wine, and enter her devilishly clever world." David Hagberg, New York Times Bestselling Author of Kirk McGarvey Thrillers

Readers Love the Hunt for Jack Reacher Series and Diane Capri: "All Child fans should give it a try!"