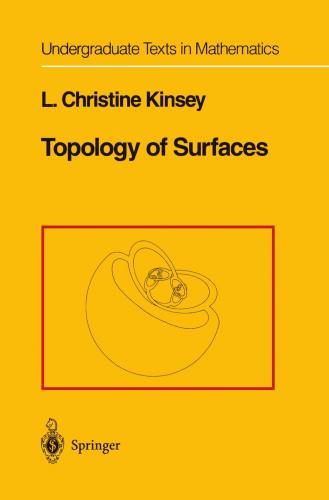 Description:
" . . . that famous pedagogical method whereby one begins with the general and proceeds to the particular only after the student is too confused to understand even that anymore. " Michael Spivak This text was written as an antidote to topology courses such as Spivak It is meant to provide the student with an experience in geomet­ describes. ric topology. Traditionally, the only topology an undergraduate might see is point-set topology at a fairly abstract level. The next course the average stu­ dent would take would be a graduate course in algebraic topology, and such courses are commonly very homological in nature, providing quick access to current research, but not developing any intuition or geometric sense. I have tried in this text to provide the undergraduate with a pragmatic introduction to the field, including a sampling from point-set, geometric, and algebraic topology, and trying not to include anything that the student cannot immediately experience. The exercises are to be considered as an in­ tegral part of the text and, ideally, should be addressed when they are met, rather than at the end of a block of material. Many of them are quite easy and are intended to give the student practice working with the definitions and digesting the current topic before proceeding. The appendix provides a brief survey of the group theory needed.