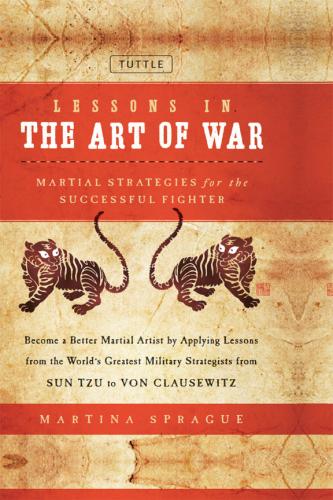 Description:
Become a Better Martial Artist by Applying Lessons from the World’s Greatest Military Strategists from Sun Tzu to Von Clausewitz
Lessons in the Art of War investigates the theories and philosophies of the most prominent military thinkers in Asia and Europe and examines the combat roots of a variety of fighting styles from traditional Chinese, Japanese, and Korean martial arts to the fighting arts of the ancient Greeks and modern Israelis. It also demonstrates how the martial arts, whether Asian or Western in origin, were historically about brutal fighting, often to the death, and how ancient attitudes and beliefs can be adapted for success in today’s MMA steel cage, judo or karate tournament as they were in ancient armies.
Including an introduction to Asian and Western military thought, chapters include: