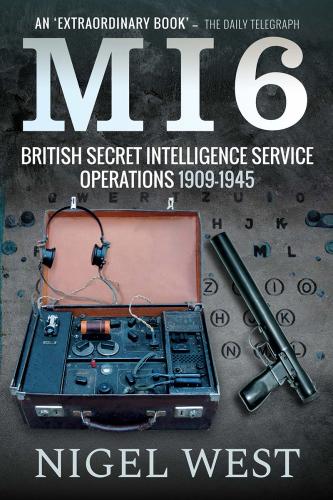 Description:
The author of GCHG describes covert missions that "are worthy of spy fiction, but the entire book is utterly fascinating and informative. Brilliant!" (Books Monthly)
Written by the renowned expert Nigel West, this book exposes the operations of Britain’s overseas intelligence-gathering organization, the famed Secret Intelligence Service, MI6, and traces its origins back to its inception in 1909. In this meticulously researched account, its activities and structure are described in detail, using original secret service documents.
The main body of the book concerns MI6’s operations during the Second World War, and includes some remarkable successes and failures, including how MI6 financed a glamorous confidant of the German secret service; how a suspected French traitor was murdered by mistake; how Franco’s military advisors were bribed to keep Spain out of the war; how members of the Swedish secret police were blackmailed into helping the British war effort;…