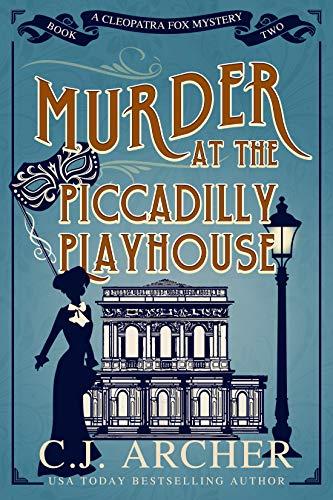 Description:
She was admired by women and desired by men, until jealousy and past secrets took center stage. Help Cleo and her friends solve the murder of one of London’s leading actresses.
When a hotel guest’s mistress is found dead in the stalls of the Piccadilly Playhouse, a verdict of suicide is given. Convinced his lover didn’t kill herself, Lord Rumford wants the truth uncovered. Against his better judgement, he hires Cleo Fox to find the murderer. Cleo needs to solve this case if she wants to make a living from being a private detective.
But she quickly learns that the truth is buried beneath years of secrets; secrets that powerful people want desperately to keep. With the help of her friends from the Mayfair Hotel, Cleo exposes the bitter rivalry and jealousy of London’s West End.
But can she find the killer before the final curtain closes on the Playhouse?