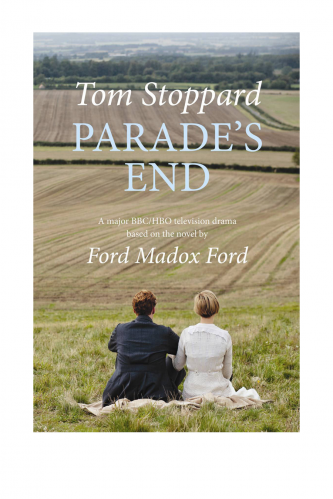 Description:
This was the first time I felt as involved in film as in working in theatre. My immersion in Parade’s End from the writing to the finishing touches took up the time I might have given to writing my own play but, perhaps to an unwarranted degree, I think of this Parade’s End as mine, such was the illusion of proprietorship over Ford’s characters and story.
-Tom Stoppard, from the Introduction

Tom Stoppard’s BBC / HBO dramatization of Ford Madox Ford’s masterwork takes a prominent place in the ranks of his oeuvre. Parade’s End is the reinvention of a masterwork of modernist English literature produced by one of the most critically acclaimed and respected writers working today. Parade’s End is the story of Christopher Tietjens, the last Tory," his beautiful, disconcerting wife Sylvia, and the virginal young suffragette Valentine Wannop: an upper class love triangle before and during the Great War.