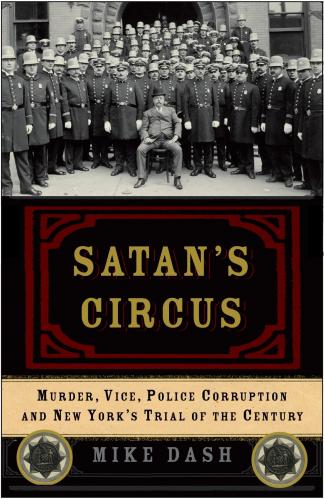 Description:
They called it Satan’s Circus-a square mile of Midtown Manhattan where vice ruled, sin flourished, and depravity danced in every doorway. At the turn of the twentieth century, it was a place where everyone from the chorus girls to the beat cops was on the take and where bad boys became wicked men; a place where an upstanding young policeman such as Charley Becker could become the crookedest cop who ever stood behind a shield. Murder was so common in the vice district that few people were surprised when the loudmouthed owner of a shabby casino was gunned down on the steps of its best hotel. But when, two weeks later, an ambitious district attorney charged Becker with ordering the murder, even the denizens of Satan’s Circus were surprised. The handsome lieutenant was a decorated hero, the renowned leader of New York’s vice-busting Special Squad. Was he a bad cop leading a double life, or a pawn felled by the sinister rogues who ran Manhattan’s underworld? With appearances by the legendary and the notorious-including Big Tim Sullivan, the election-rigging vice lord of Tammany Hall; future president Theodore Roosevelt; beloved gangster Jack Zelig; and the newly famous author Stephen Crane- *Satan’s Circus* brings to life an almost-forgotten Gotham. Chronicling Charley Becker’s rise and fall, the book tells of the raucous, gaudy, and utterly corrupt city that made him, and recounts not one but two sensational murder trials that landed him in the electric chair. **