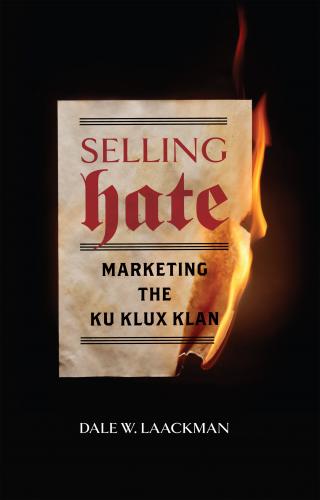 Description:
Selling Hate is a fascinating and powerful story about the power of a southern PR firm to further the Ku Klux Klan’s agenda. Dale W. Laackman’s uncovered never-before-published archival material, census records, and obscure books and letters to tell the story of an emerging communications industry-an industry filled with potential and fraught with peril. The brilliant, amoral, and spectacularly bold Bessie Tyler and Edward Young Clarke-together, the Southern Publicity Association-met the fervent William Joseph Simmons (founder of the second KKK), saw an opportunity, and played on his many weaknesses. It was the volatile, precarious terrain of post-World War I America. Tyler and Clarke took Simmons’s dying and broke KKK, with its two thousand to three thousand associates in Georgia and Alabama, and in a few short years swelled its membership to nearly five million. Chapters were established in every state of the union, and the Klan began…