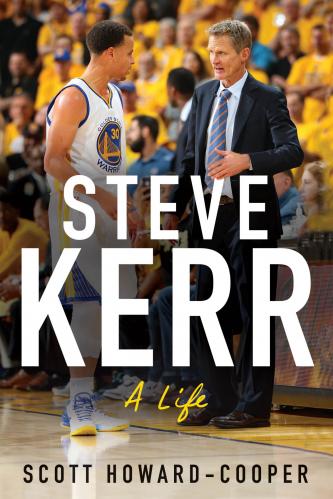 Description:
"Thrilling." -Publishers Weekly (starred) | "Riveting." -Library Journal (starred) | "A fascinating look at a fascinating life." -Roland Lazenby, author of Michael Jordan
The definitive biography of Steve Kerr, the championship-winning basketball player and head coach of the record-breaking Golden State Warriors
Few individuals have had a career as storied, and improbable, as Steve Kerr. He has won eight NBA titles-five as a player and three as a coach-for three different franchises. He played alongside the best players of a generation, from Michael Jordan to Shaquille O’Neal to Tim Duncan, and learned the craft of basketball under four legendary coaches. He was an integral part of two famed NBA dynasties. Perhaps no other figure in basketball history has had a hand in such greatness.
In Steve Kerr, award-winning sports journalist Scott Howard-Cooper uncovers the fascinating life story of a…