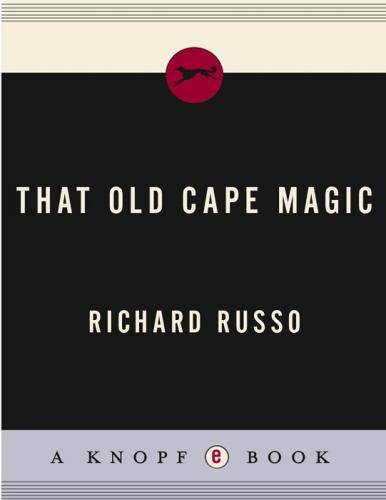 From Publishers Weekly
Crafting a dense, flashback-filled narrative that stutters across two summer outings to New England (and as many weddings), Russo (_Empire Falls_) convincingly depicts a life coming apart at the seams, but the effort falls short of the literary magic that earned him a Pulitzer. A professor in his 50s who aches to go back to screenwriting, Jack Griffin struggles to divest himself of his parents. Lugging around, first, his father’s, then both his parents’ urns in the trunk of his convertible, he hopes to find an appropriate spot to scatter their ashes while juggling family commitments-his daughter’s wedding, a separation from his wife. Indeed, his parents-especially his mother, who calls her son incessantly before he starts hearing her from beyond the grave-occupy the narrative like capricious ghosts, and Griffin inherits the worst attributes of both. Though Russo can write gorgeous sentences and some situations are amazingly rendered-Griffin wading into the surf to try to scatter his father’s ashes, his wheelchair-bound father-in-law plummeting off a ramp and into a yew-the navel-gazing interior monologues that constitute much of the novel lack the punch of Russo’s earlier work. (Aug.)
Copyright © Reed Business Information, a division of Reed Elsevier Inc. All rights reserved.