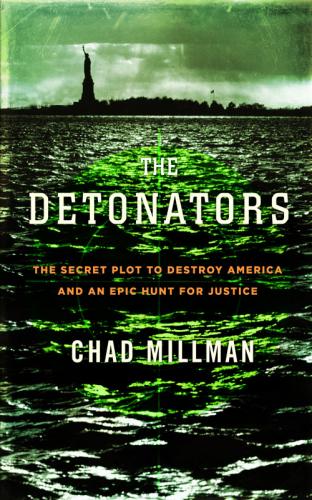 General:
Name: The Detonators The Secret Plot To Destroy America And An Epic Hunt For Justice By Chad Millman
Format: epub
Size: 1.52 MB

Description:
One hundred years ago, in July 1916, an act of terrorism in New York Harbor changed the world.
"A gripping account of conspiracy."-New York Times
"A ready-made suspense thriller."-Boston Globe
"Exhaustively researched… fascinating."-Entertainment Weekly, 50 Hot Summer Books
The attack in New York Harbor was so explosive that people as far away as Maryland felt the ground shake. Windows were blown out uptown at the New York Public Library; the main building at Ellis Island was nearly destroyed; Statue of Liberty was torn into by shrapnel from the explosion, which would have measured 5.5 on the Richter scale. Chaos overtook Manhattan as the midnight sky turned to fire, lit up with exploding ammunition.
The year was 1916. And it had been shockingly easy.
While war raged in Europe, Americans watched from afar, unthreatened by the danger overseas. Yet the United States was riddled with networks of German spies hiding in plain sight. The…