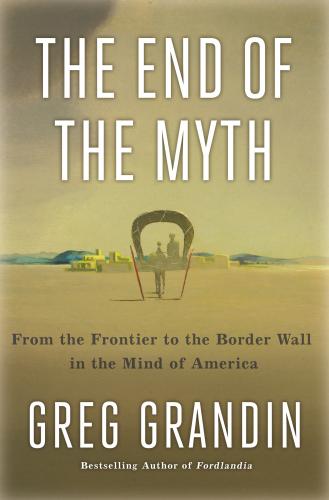 General:
Name: The End of the Myth – From the Frontier to the Border Wall in the Mind of America
Format: epub
Size: 6.46 MB

Description:
From a Pulitzer Prize finalist, a new and eye-opening interpretation of the meaning of the frontier, from early westward expansion to Trump’s border wall.

Ever since this nation’s inception, the idea of an open and ever-expanding frontier has been central to American identity. Symbolizing a future of endless promise, it was the foundation of the United States’ belief in itself as an exceptional nation-democratic, individualistic, forward-looking. Today, though, America hasa new symbol: the border wall.
In The End of the Myth, acclaimed historian Greg Grandin explores the meaningof the frontier throughout the full sweep of U.S. history-from the American Revolution to the War of 1898, the New Deal to the election of 2016. For centuries, he shows, America’s constant expansion-fighting wars and opening markets-served as a "gate of escape," helping to deflect domestic political and economic conflicts outward. But this…