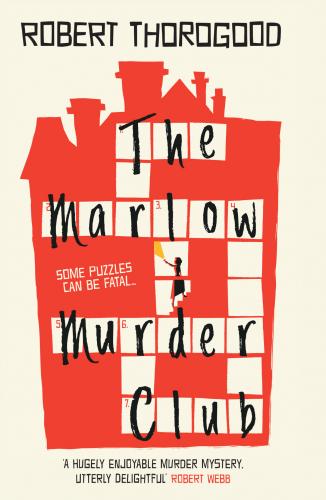 Description:
The first in a stunning new series introducing the Marlow Murder Club! ‘I love Robert Thorogood’s writing’ Peter James From the creator of the BBC One hit TV series, Death in Paradise To solve an impossible murder, you need an impossible hero… Judith Potts is sixty-three years old and blissfully happy. She lives on her own in a faded mansion just outside Marlow, there’s no man in her life to tell her what to do or how much whisky to drink, and to keep herself busy she sets crosswords for The Times newspaper. One evening, while out swimming in the Thames, Judith witnesses a brutal murder. Unconvinced by the police’s attempts to uncover who did it, she starts investigating, and soon hooks up with the salt-of-the-earth Suzie, a local dogwalker, and Becks, the Vicar’s ‘perfect Home Counties’ wife. Together, they are the Marlow Murder Club. And when another body turns up, they begin to realise that they have a real-life serial killer on their hands, who will do anything to stop…