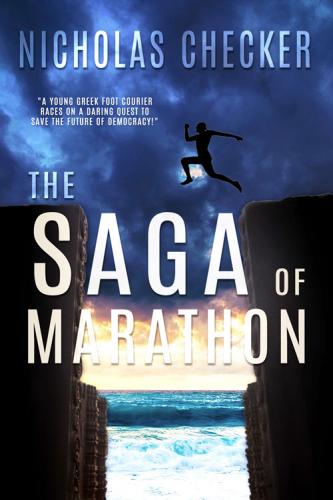 Description:
The teenage son of a hetaera (woman of pleasure), Pheidippides and his beautiful young mother are not recognized as citizens of ancient Athens. Yet he is enchanted with the essence of the grand city-state and all the promise it holds. His short daily runs are on mere delivery errands, but he aspires to one day be among the elite foot couriers who run up to fifty miles on vital missions of state. When an impending invasion from faraway Persia, the world’s most powerful empire–led by a temperamental tyrant bent on destroying democracy–threatens Athens and the entire land of squabbling Greek city-states, Pheidippides must undertake a grueling solitary trek to outrun enemy ships heading for his beloved city. Chased by assassins over a distance more than four times his usual runs, can he save Athens and its fledgling democratic ideals…and at what cost? **