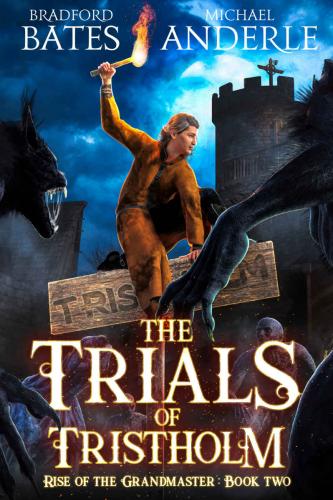 Description:
“Werewolves? You might as well glue sprinkles to a donkey and tell everyone it’s a rainbow colored unicorn.” -Jedidiah Dawson before disappearing on the way to Tristholm.
Tim’s plan didn’t include going toe to toe with one of the most powerful men in Promethia, but he had, and he won.
Wasn’t winning supposed to make things easier? Instead of getting to live on easy street, Tim’s victory only increased his reputation as a man who could solve problems.
This time those problems had teeth. Thankfully Tim hit level ten, and once he settled on his upgraded class their newest adventure could began in earnest. Life in The Etheric Coast wasn’t exactly what he expected, it was better. With new adventures and epic loot on the horizon, Tim was never more excited to see where his next quest would take him.
It was time for Tim to start his next adventure, and there was only one way to attack the unknown. "LeeeeeRoyyyyyyy!”