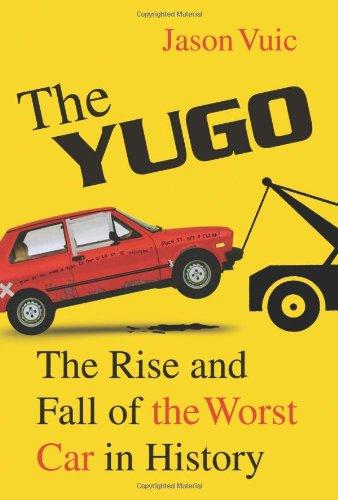 General:
Name: The Yugo The Rise And Fall Of The Worst Car In History By Jason Vuic
Format: epub
Size: 317.45 KB

Description:
Six months after its American introduction in 1985, the Yugo was a punch line; within a year, it was a staple of late-night comedy. By 2000, NPR’s Car Talk declared it "the worst car of the millennium." And for most Americans that’s where the story begins and ends. Hardly. The short, unhappy life of the car, the men who built it, the men who imported it, and the decade that embraced and discarded it is rollicking and astounding, and one of the greatest untold business-cum-morality tales of the 1980s. Mix one rabid entrepreneur, several thousand "good" communists, a willing U.S. State Department, the shortsighted Detroit auto industry, and improvident bankers, shake vigorously, and you’ve got The Yugo: The Rise and Fall of the Worst Car in History.

<p>
Brilliantly re-creating the amazing confluence of events that produced the Yugo, Yugoslav expert Jason Vuic uproariously tells the story of the…