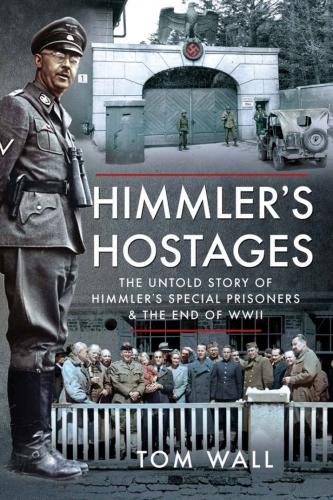 Description:
“This book tells the true story of Himmler’s plan to use prominent WWII concentration camp prisoners as hostages in an attempt to engage the Western Powers in negotiations. At the center of the tale are five British survivors of the ‘Great Escape,’ two MI5 agents kidnapped by the Nazis, and Irish born POWs. Meticulously researched and revealing many previously unknown facts, it relates how the British group came to be integrated with a multinational group of VIP prisoners in Dachau concentration camp, including German family groups of men, women and children; relatives of those implicated in plot to kill Hitler. The lively narrative describes kidnapping, escape attempts, interpersonal conflict, betrayal and comradeship, as well as intrigues and love affairs among the prisoners, culminating in their dramatic attempt to free themselves from the SS.”