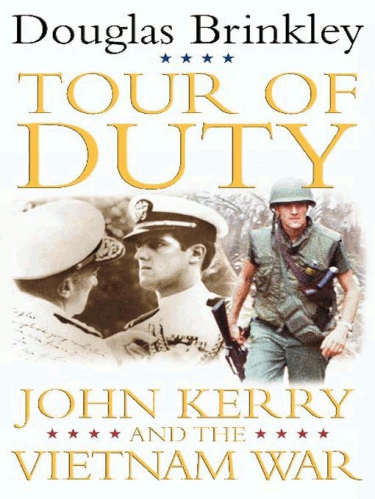 Description:
Covering more than four decades, Tour of Duty is the definitive account of John Kerry’s journey from war to peace. Written by acclaimed historian Douglas Brinkley, this is the first full-scale, intimate account of Kerry’s naval career. In writing this riveting narrative, Brinkley has drawn on extensive interviews with virtually everyone who knew Kerry well in Vietnam, including all the men still living who served under him. Kerry also entrusted to Brinkley his letters home from Vietnam and his voluminous "War Notes" – journals, notebooks, and personal reminiscences written during and shortly after the war. This material was provided without restriction, to be used at Brinkley’s discretion, and has never before been published.
John Kerry enlisted in the Navy in February 1966, months before he graduated from Yale. In December 1967 Ensign Kerry was assigned to the frigate U.S.S. Gridley; after five months of service in the Pacific, with a brief stop in Vietnam, he…