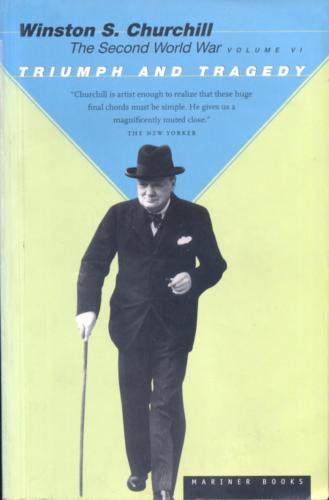 Description:
With the beach landings of June 6th in the greatest amphibious assault ever seen the final phase of the war had begun. Churchill could survey his task with an easier mind. His relationship with Stalin was becoming increasingly more difficult as Stalin’s moves replaced one terror with another. Churchill was anxious to move forces through Italy to relieve the military pressure on Normandy and Stalin yet limit the advance of Soviet forces into Central and Eastern Europe. The last major German offensive came in the Ardennes during December 1944. With its repulse their resistance began to melt away. The Russians continued to advance heroically forward into Germany itself. In Italy the collapse resulted into Mussolini’s brutal execution by the Partisans. Two days later on April 30th. Hitler committed suicide in his bunker in Berlin. On May 8th VE Day surrendered Europe to the overwhelming giddiness of liberation.
In the Pacific the Americans moved relentlessly forward their massive air power hammered Japanese cities. Their vast armadas of ships disgorged armies to retake the Philippines in the fast diminishing Japanese Empire. But an attack on the Japanese mainland would be debilitating. The new American president, Harry Truman, therefore unleashed a new level of terror with the nuclear bombing of Nagasaki and Hiroshima. Japan surrendered on August 14th 1945 and the world was still and at peace. But for Churchill, the election loomed and the Great Man was swept from office on a Labour landslide. His place in history is not forgotten.
The overview is read by Winston S Churchill MP and the volume narrated by Michael Jayston.